Three cups of passion, an extra serving of hard work and two ounces of happiness.”

Did I mention the pastries are organic? Vegans rejoice! 🙂

Up and coming Atlanta Vegan bakery Taste of Cakery cordially invites you to a private tasting of delicious organic treats Saturday, October 17th at 7PM. RSVP to get the location. It will be a wonderful night of tasting, wine and fun! Taste of Cakery’s mission is to provide customers with unparalleled healthy products made only with the best Non GMO organic ingredients and the company understands the importance of eating whole organic foods has a huge impact in our households and our community, by implementing small fundamental changes in the choices we make every day. 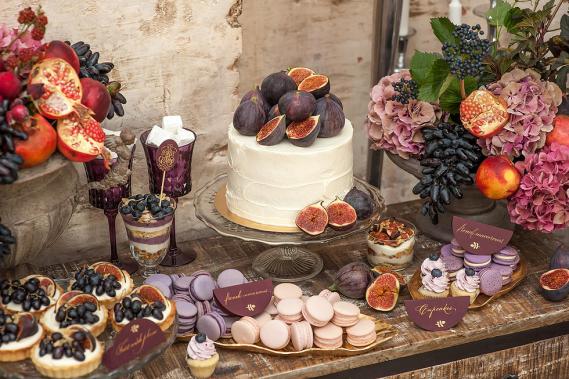 Be sure to RSVP. The Event has a $5 Entry with dress code: Eventbrite.com

*Warning A LOT of Pictures 🙂 *

Summer is officially over and Fall is here! I wanted to share some of my favorite summer moments with you guys. 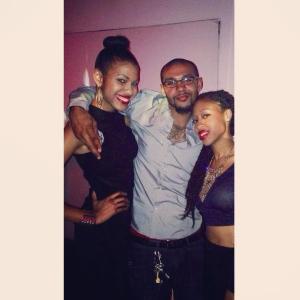 This summer I attended Bun B & Kirko Bangz “The Trillest Tour,” at The Loft with my friend Marcella. If you knew Marcella, you would know she is madly in

love with Kirko Bangz so needless to say, she was all smiles the whole ride downtown Lol. 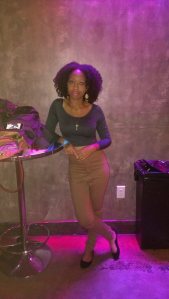 My outfit to the concert. ^_^ Crop Top & High Waisted Mustard Pants from GoJane.com

The show was great! Bun B performed his classic UGK and Kirko performed a couple tracks from his mixtape Progression 4. Even Big KRIT made a surprised appearance and performed Country Sh*t. Everyone went CRAZY! But in a good way.

Once the show was over, fans got the opportunity to take pictures with Bun B and Kirko Bangz. With 14% battery life left, we successfully took pictures with Kirko. Marcella could not stop smiling Lol! Once we got to Bun B, battery went to 1% then died. Womp..womp..womp 😦 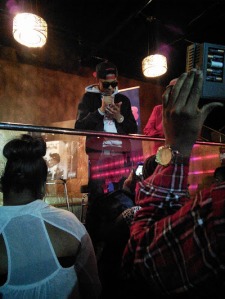 The next day after the concert, I was invited as a media representative for Deviate Publishing to August Alsina’s private Album Release Party for Testimony at Cream Ultra Lounge hosted by V103 very own, Greg Street.

I even got to take a picture with him :D. My jacket is all messed up but did not care in that moment lol.  I congratulated him on new his album and wished him much success. He’s a very down to earth, humble guy. 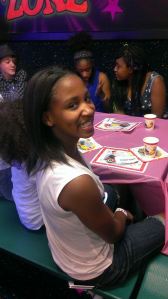 A Summer milestone. My beautiful niece Jasmine is now 13 years old.  *Puts on old accent* I remember when she was 4 days old, now she’s a teenager. Where did the time go?!?! 😥

Here’s Jazzy’s cute little cake from Publix, with a singing candle on the top (which could NOT stop singing, and kept singing after we smashed it a few times AND after we threw it away hours later smh). 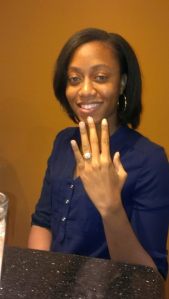 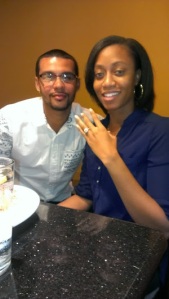 Another milestone, my best friend Kay graduated College and her boyfriend proposes the day after her graduation. Guess who’s going to be a brides maid 😉 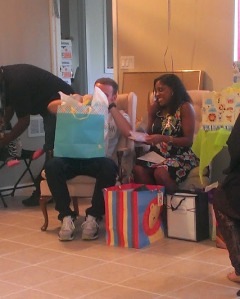 This has been the Summer of love. My fabulous friend Kema at her Baby Shower with her Fiancé and baby Cairo in the oven. Check out the heels. #Diva 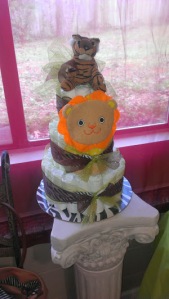 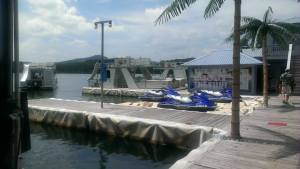 Went to my first boat party at Lake Allatoona for my friend’s Jureka’s Birthday. It was too much fun and I got to meet new people 🙂 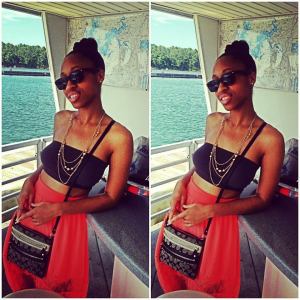 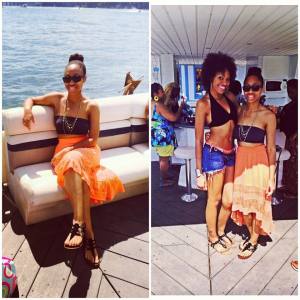 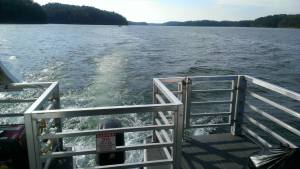 Last, but certainly not least, I got promoted. My old job bought me cake on my last week before my departure to new horizons. It was sad to see everyone go.

And that’s all folks!!

Come join me and the Black Public Relations Society of Atlanta tonight as we discuss blogger relationships can benefit Public Relations Professionals and Influential Media Specialists! If you are in the Atlanta area this not an event you’d want to miss!

Be sure to check out BPRS Atlanta here at bprsatlanta.org

Come mix and mingle with PR professionals in Atlanta during the National Black Public Relations Society of Atlanta’s “Social Hour” on July 19 from 6PM to 8PM at Vibe (formally known as Venue) Restaurant & Tapas Bar (30 Ivan Allen Blvd, Atlanta, GA 30308). I will be there and so should you! Feel free to visit their website http://bprsatlanta.org and follow them on Twitter @bprsatlanta and Like their Facebook at facebook.com/BPRSAtlanta

On Friday, February 21st, I attended Atlanta Pampered Ladies event located in in the very elegant Brawner Hall in Smyrna, Georgia entitled “A Beautiful You.” The expo was designed to give back to The Breast Cancer Research Foundation while providing the time for women to treat themselves to luxurious spa treatments, shop their heart away and receive complimentary food and refreshments from Edible Endeavors and Sparkling Ice!

Sparkling Ice is a zero calorie beverage with sparkling mountain spring water, vitamins, antioxidants and natural fruit juices! A great alternative to drinking soda. They had a variety of flavors for attendees to try such as Coconut Pineapple, Lemon Lime, Kiwi Strawberry, Orange Mango, Pomegranate Blueberry, Pink Grapefruit, Black Raspberry, Crisp Apple and Peach Nectarine. I absolutely LOVED the Kiwi Strawberry and gave my Mother the Orange Mango (which she adored 🙂 ). 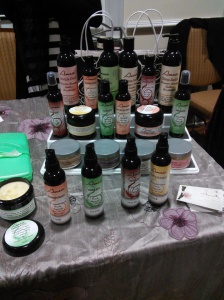 Skincare brands that caught my immediate attention: AMRII and Beau & Luxey. Both brands presented quality skincare products that were natural, smelled heavenly and felt WONDERFUL on the skin! I received product samples from both brands so a product review is on its way 😉 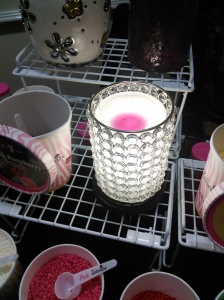 If you are into candles and in-scents like I am check out Pink Zebra. The scents were AMAZING! And the company promises a longer burning time than the average candle by approx. 30%.

For my jewelry junkies feel free to check out gorgeous pieces from Treasures and Stella & Dots!

Overall, Atlanta Pampered Ladies “A Beautiful You” event was absolutely AMAZING and I am thankful to have met some wonderful women! But enough talking enjoy rest of the pictures! 🙂 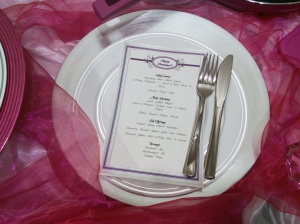 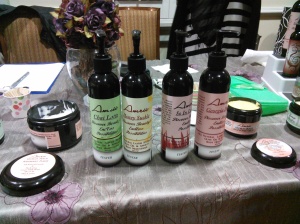 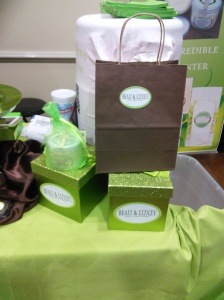 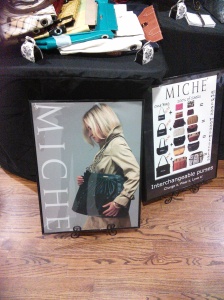 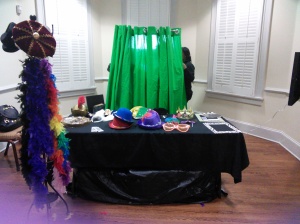 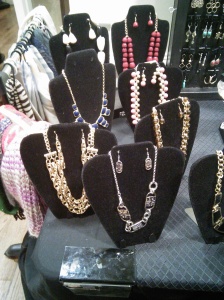